Palenque is an ancient Maya city located at the base of the northern mountain range in the state of Chiapas, México. Perched like a jewel on a natural plateau 200 meters above the flat tropical savanna, Palenque is afforded a spectacular view of the lowlands. The temples of Palenque, a UNESCO World Heritage Site, are considered by many to be the most beautiful examples of the ancient Maya world. Many of these structures house original art in the form of sculpted stone and stucco panels, as well as painted murals. Palenque has one the longest hieroglyphic text inscriptions of the ancient Maya. Dozens of springs emerge out of the mountainside and their combined waterways are channeled through the site by way of extraordinary canals and aqueducts. These waterways empty over the plateau in a myriad of intricate and spectacular waterfalls, lending the site its ancient name: Lakam Ha', meaning “The Place of the Great Waters.” Rich natural resources allowed this site a long occupation, from the 200 to 900 CE. Using the decipherment from the well-preserved texts of Palenque, a detailed understanding of a long dynasty of rulers, both male and female, emerges. The Palenque kings and queens raised the artistic and architectural expressions of the Maya to new heights. Of these wonders, the tomb of the great king K'inich Ja'nab Pakal "Resplendent Flower Shield," stands as the crown jewel of Maya art. 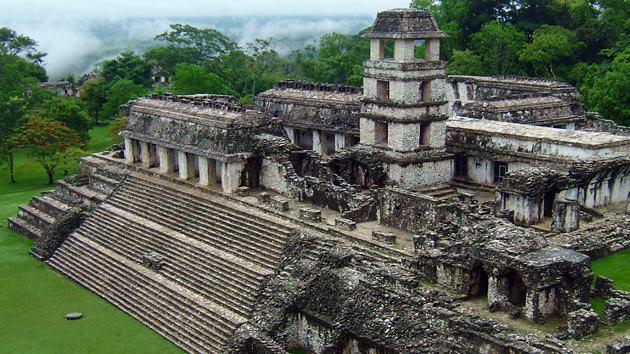 The Palace is one of the largest buildings in Palenque. A combination of platforms, stairways, and houses, it is one of the best-preserved palace structures of the ancient Maya.
Isabel Hawkins 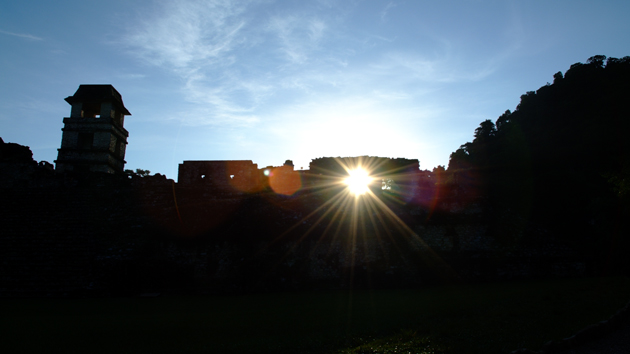 Palenque is known for its many astronomical alignments where celestial objects, particularly the Sun and the Moon, rise or set in line with important achitectural features of the site's buildings.
Igor Ruderman/UC Regents 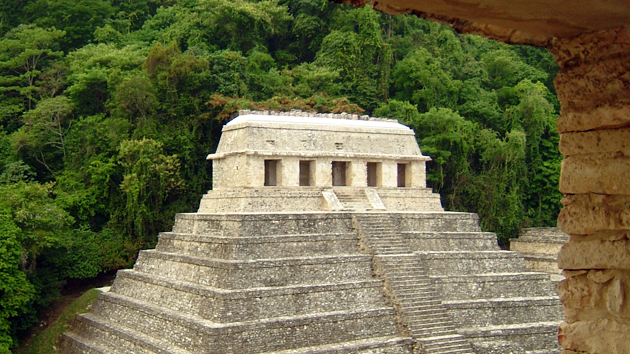 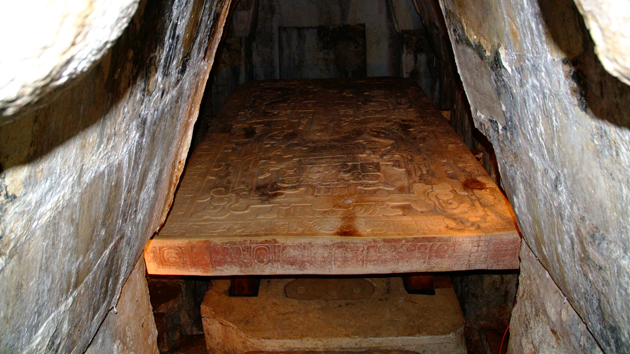 The crypt within the Temple of the Inscriptions houses the sarcophagus lid of Pakal's tomb. The lid depicts Pakal's re-birth as the maize god and the eastern Sun.
Igor Ruderman/UC Regents 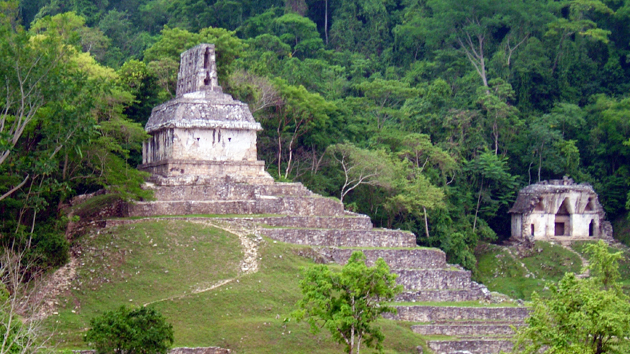 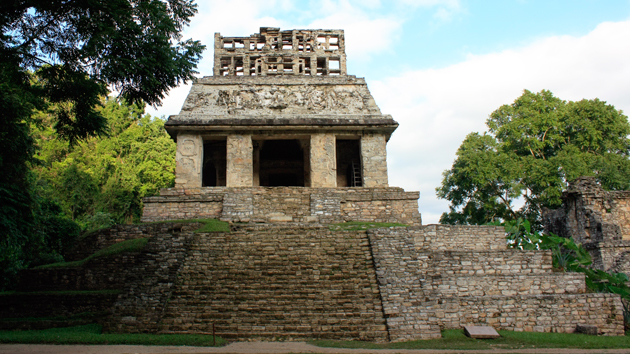 The Temple of the Sun. This temple, along with the other two of the Cross Group was dedicated by K'inich Kan B'ahlam in 690 CE.
Isabel Hawkins 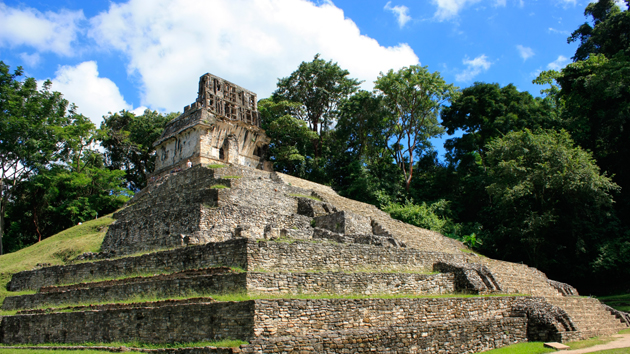 The Temple of the Cross. The temple sits on a terraced slope that is marked by a monumental staircase rising from the plaza. Many cylindrical incense burners have been recovered from deep within the terrace, showing that the temple served for ritual as well as funerary purposes.
Julián Cruz Cortés 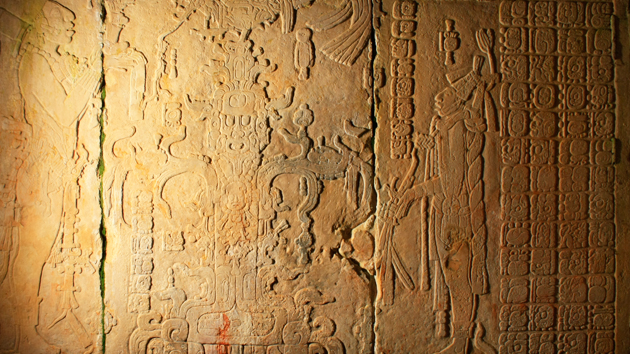 Tablet of the Foliated Cross inside the Temple of the same name. This tablet displays as its central icon the split stalk of the first corn plant. In its two branches the heads of humans replace the ears of corn, in accordance with the creation story of the Maya, where humans are created from this divine substance.
Julián Cruz Cortés 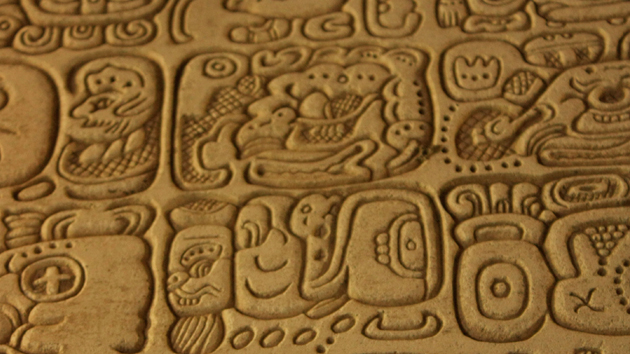 Detail of the “Tablet of the 96 Hieroglyphs,” dating from 783 CE. This tablet is the finest example of calligraphic style hieroglyphs known in the Maya world. The panel was found in the Palace and narrates a succession of rulers from K'inich J'anab Pakal I to Kuk B'alam II.
Julián Cruz Cortés