The Petén region of Guatemala, sparsely populated and teeming with jungle, harbors the Tik’al Archaeological Site. Tik'al is one of Guatemala's National Parks and a UNESCO World Heritage Site. This city was the capital of a powerful Maya kingdom lasting 1,700 years from 800 BCE to 900 CE. The ancient city's population is estimated at 55,000, reaching its peak from 250 to 900 CE. During this time, Tik’al dominated much of the Maya region and was an important political, economic, artistic, and scientific center. The archaeological site is part of Guatemala’s Maya Biosphere Reserve. A great variety of wild animals, birds, and plants share the land with more than 4,000 ancient Maya structures, including temples, palaces, ceremonial platforms, ball courts, terraces, plazas, walkways and steam baths. One of the striking characteristics of Tik'al's architecture is the steepness of its pyramids, which rise precipitously to almost 200 feet (60 meters) high. The tombs of many of Tik’al’s rulers are found within these pyramids, and burial activity at the site spans a period of 1,300 years. 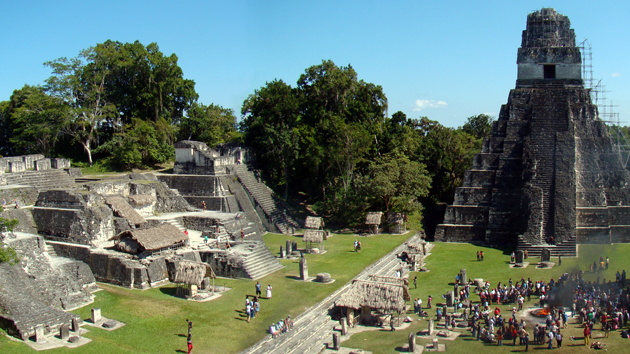 Temple of the Great Jaguar, or Temple I, on the Great Plaza. The scene shows a ceremonial fire lit during mid-winter Maya celebrations on December 21st, the date of the winter solstice.
Bjørn Christian Tørrissen 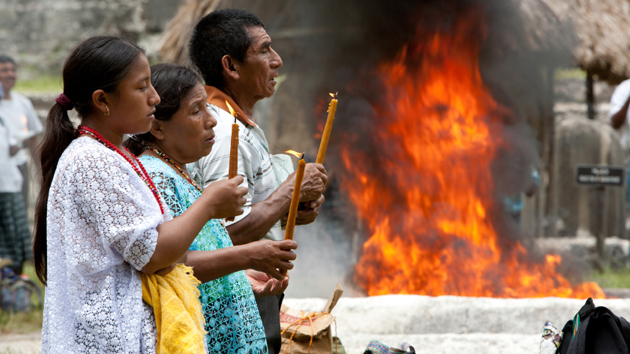 Maya families participating in a ceremony for the winter solstice at Tik'al.
Istock: Micky Wiswedel 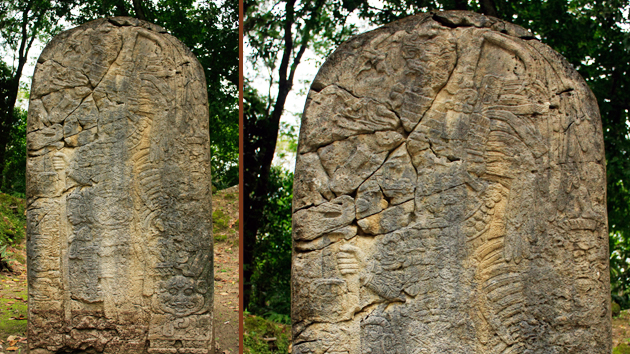 Carved stelae are called Te (or Che') Tun in Mayan, meaning "stone trees." They were erected by rulers to conmemorate important dates, such as Katun-ending periods.
Julián Cruz Cortés 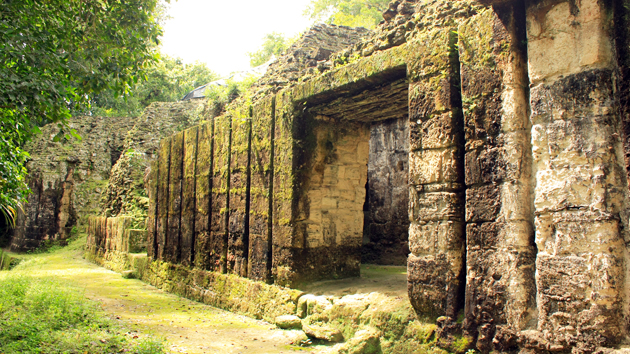 Mossy walls on a palace structure. The visible integrity of this building is a testament to the stability of the stone and mortar stuctures, many of which still retain wooden beams over a thousand years old.
Julián Cruz Cortés 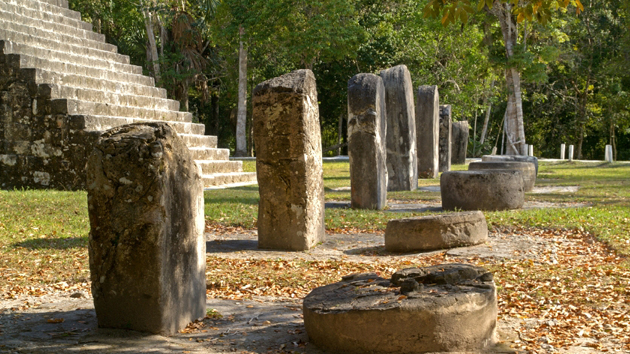 The combination of stelas and altars are typical of many of the lowland Maya ancient sites. In these structures, rulers dutifully recorded ceremonies at 20-year intervals.
Istock: Ralf Broskvar 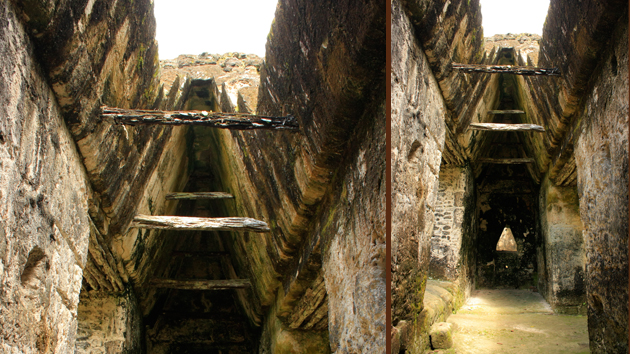 An example of a corbel arch, an important architectural feature in Maya sites.
Julián Cruz Cortés 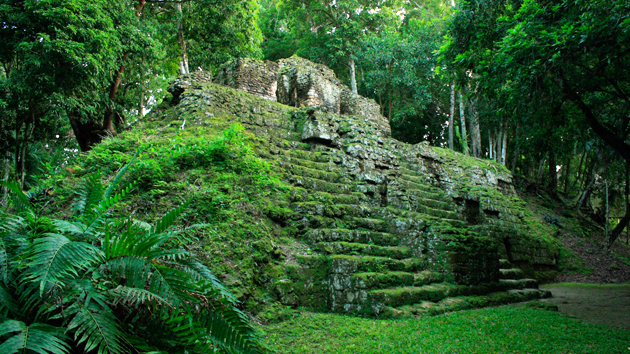 Green foliage and moss cover the ancient buildings. Abandoned for nearly 1200 years, many of the structures are in excellent condition, giving this city an aura of stepping into the ancient past.
Julián Cruz Cortés 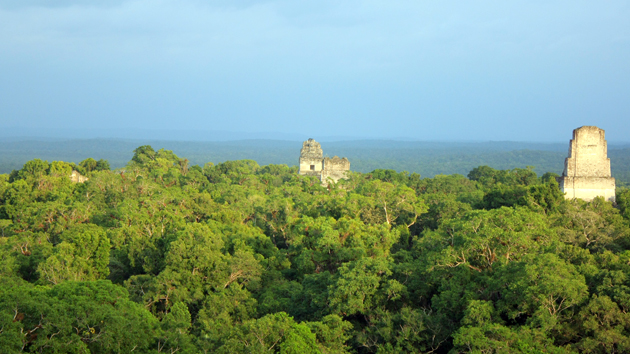 Tik'al's pyramids rising through the distant jungle, as seen from atop the partially restored Temple IV. The views afforded by these tall structures made it possible for the ancient Maya to keep a watchful eye on the sky and the horizon.
Julián Cruz Cortés